Even though I’ve lived in London for almost five years, now that we’re leaving it seems appropriate to find some things I’ve never done before. So that is what I’ve done this week.

I stopped to listen, really listen and enjoy, some buskers in Trafalgar Square. OK I’ve stopped briefly to listen and watch street performances before but this one was really fun. The group is called Rumba De Bodas and you can find their music on YouTube. [This is not an ad]

Although I have walked past the gates before I hadn’t actually realised that this was Downing Street, as in THE Downing Street where the British Prime Minister lives. I went to visit a friend who works in one of the offices nearby and I was able to see the door to the famous Number 10. No photos unfortunately as I had to surrender my phone before going inside and sadly I hadn’t thought to take my camera that day.

A friend took me to have pie and mash. OK so not a great revelation but this one is apparently done the traditional way and served with ‘liquor’, an interesting parsley flavoured gravy. 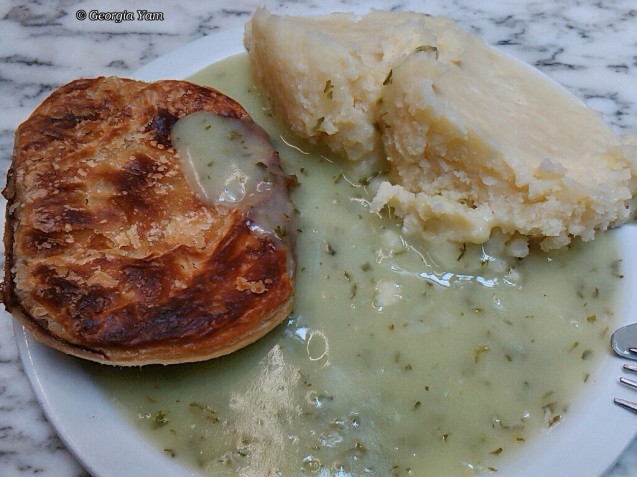 You may not know that I’m a big Harry Potter fan, particularly since I haven’t found many of the film landmarks yet. I did however manage to see Platform 9 3/4 at Kings Cross station with my muggle eyes. There was a long queue to be photographed pushing the trolley into the wall, I declined so maybe I’m not such a massive fan after all.

And I walked across Tower Bridge for the first time – sure I’ve been near it, walked past it, gone under it in a boat and photographed it, but I hadn’t actually walked over it before now.

It is actually quite fun being a tourist in the place you are living, give it a go sometime! 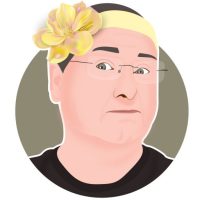 The Joy of Slow Travel